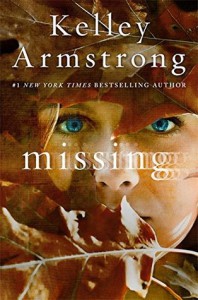 I thought this was a decent book, but it took a while to get started. We have our female protagonist, Winter Crane...yeah, she's called Winter. Sorry. It's that kind of book. I guess the author thought they had to be really unique or something, even though every other character has a perfectly normal name.

Anyway, she lives in a place called Reeve's End which she describes as a shithole that everyone wants to escape from and move out. Really, I wasn't convinced that the place was as bad as she thought it was. It felt like a bit of a dump. It was just filled with really shitty characters.

She lives in a trailer, knows how to hunt and forage, can shoot a bow and arrows because she knows her way around the bush...Well, this character seems pretty decent, doesn't she? Let's say how this goes.

Winter finds a body in the woods. It belongs to a guy her age, called Lennon. He's still alive and it turns out he was attacked by someone. She rescues him, and at this point I can already feel a romance taking place, but actually that's not all that happens at all.

She gives him medical treatment at her cabin and that's when someone starts STALKING her and leaving disemboweled animal corpses on her door (before suddenly removing them the next day) and doing creepy laughter whenever she tries to come out. This becomes a recurring theme, really.

It turns out that teenagers have started to go missing in Reeve's End. Lennon disappears soon after, but his brother Jude comes looking for him and bumps into Winter. Now THIS is where it starts turning into a love relationship - because Jude has a very dominant personality, keeps a lot of secrets, very smart, very clever, makes jokes...I mean hell, I would go for this guy myself. I was quite drawn to him. No wonder Winter wants to get with him later.

The plot gets a little weird at this point because Jude has this complicated backstory with his family, and then that stalker is apparently murdering teenagers and nobody knows who it is. We meet a few more characters and most of them are shitheads. There's several people where you think, "Oh, I bet HE'S the stalker!" but then it isn't, and then there's someone else, and so on and so forth...

You can kinda guess how it goes, really. It gets pretty intense towards the end. However, I have quite a few issues with the book in general.

Shortly after Jude turns up, Winter goes home and her dad beats her up. Yep, domestic abuse. No mention of it before. Now bam, it comes out of almost nowhere. Jude saves her from any further violence (because I guess he was following her home?...) and gets her dad to lay off her.

Fast forward to a few more chapters later, Winter is going home and almost gets raped by these three drunk guys. Jude turns up (because I guess he was following her home?...again?!) and beats up the three guys with loads of karate moves and military training shit that he's learnt.

Y'know, Winter was doing fine on her own before now? Now she's got abuse and rape threats and shit? And she needs Jude to help her twice in a row? I'm just glad this wasn't a recurring theme.

I'm also not very impressed with the actual murderer, the villain in the book. He acted like some cliche serial killer right out of Saw or something. Creepy laughter, stalking teenage girls, leaving notes for their boyfriend to find...I mean, come on, do you REALLY expect us to buy that? The author was just trying too hard here.

There are themes like suicide, family break-up and of course the domestic abuse. I mean all of those are real issues which sound a LOT more realistic than this farce of a serial killer.

And yeah, it's a running joke about the "Hey, Jude" song. I predicted quite a few characters who turned out to be villains, but it wasn't completely cliche. Sometimes I wondered why the characters were acting so stupid, or why Winter hadn't cottoned onto the fact that the creepy guy who talked to her and knew about her missing sister just MIGHT be the stalker. I mean seriously.

If you're going to make your protagonist smart and clever, which is great, how about keeping that consistent? They can't be really resourceful one second and then get a case of the dumbs the next.

There were a few twists, I guess. I was convinced that one particular girl was dead, in short because Winter wouldn't shut up about her. Turned out I was wrong, and a different girl was dead instead. So I guess it kept me guessing.

Jude also felt a little TOO perfect. He had flaws, yes, but the more he talked about himself, the more Winter gets attracted to him. (And me, too, by implication.)

I enjoyed the book, and it gets really good during the end. I just feel it could have used a bit of improvement.